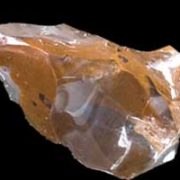 October is associated with two birthstones: the Opal and the Tourmaline.

According to legend, they both came to earth through a journey involving rainbows. Therefore it is not surprising that both stones are available in a rainbow of shades and color combinations. Both birthstones  inspire hope and provide healing, while keeping away people with bad intentions.

Opals are extremely powerful stones. They hold many properties depending on where they are from and their iridescent display of rainbow colors. The word Opal comes from the Latin word opalus meaning “Precious Jewel” and from the Sanskrit word “upala”. They symbolize confidence and faithfulness. In ancient times, necklaces set in Opals were worn to repel evil and protect eye sight.

Australia is the principal source of Opals.  They produce 95 percent of the world’s supply.  They are noted for  many of the finest opals, including the magnificent Black Opal. “Olympic Australis” the world’s largest and most valuable Opal came from Coober Pedy, Australia in 1956. It was found during the Olympic Games in Melbourne. In 2005, it was valued at 2.5 million dollars. The gem measures 11 inches long and weights 17,000 carats (7.6 pounds). Mexico and Nevada are known for their Fire Opals.  They continue to produce them today. Opals are also mined in Brazil, Guatemala, Honduras, Ireland, Japan, and Nicaragua. The Opal is attuned with Archangels Handel, Metatron, and Uriel.  It brings the wearer creativity and harmony.

In modern times, the Pink Tourmaline has become an alternate October birthstone. Another October rainbow birthstone legend comes from Egypt. It says that Tourmalines famous array of colors come from the journey from the earth’s center as it passed through a rainbow. Tourmalines are mined in Afghanistan, Brazil, Nigeria, Madagascar, Mozambique, Pakistan, Sri Lanka, and the United States, mainly in California and Maine.

Did you know that Benjamin Franklin used the stone in his studies of electricity? This is because the Tourmaline, when rubbed or warmed, will attract small bits of ash, lint, and paper as it becomes charged with static electricity. The Tourmaline is attuned to Archangels Chamuel and Jophiel, bringing the wearer help to accept devotion and receive Universal gifts. 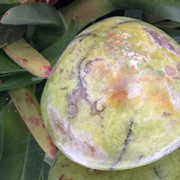 October’s Natal Stone is the Opal which symbolizes ” The Precious Jewel”.
The Opal was known in ancient roman times of Love & Hope. Bringing the wearer eyesight protection and repelling against evil.
It’s believed the display of  changing colors in the Opal denotes the health and wealth of the wearer.
The Opal is attuned to Archangels Uriel and Haniel  bringing harmony to all your levels of being.
Happy Birthday to all October Babies: Ann, Don, Linda, Rick, Stephen, Grams, Janice, Ziggy, Marketa, Suzanne, Kaerys , and Lottie.