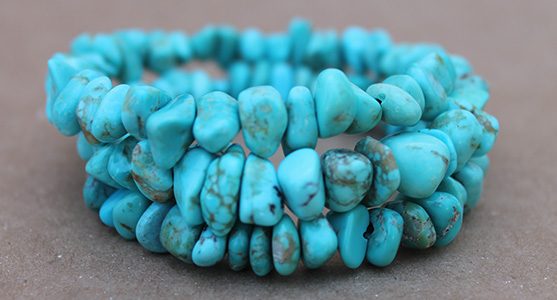 It may be challenging to choose a December birthstone since there are many choices available to the buyer. You may decide to go with a stone from the Modern, Traditional, Mystical, or Ayurveda list. Whatever December birthstone you choose, you will have many beautiful colored gems to consider.

The “Modern” birthstone list is the official list of birthstones in the United States. The Jewelers of America established this list in 1912. In the past, cultures have disagreed over which birthstone corresponds to which month. And this is why you will find that they have changed over time. December’s modern birthstones are Turquoise and Blue Topaz.

“Traditional” birthstones are a compilation of birthstones used in different societies dating back to the 15th century. December’s traditional birthstones are Zircon and Ruby. Zircon is the oldest known material on Earth. One of the oldest fragments of Zircon was found in Australia and dated back to when our planet was 160 million years old.

About Turquoise, Blue Zircon, and Tanzanite

Turquoise is the second oldest December birthstone. Despite dating back to 3000 BC, the stone is actually one of the first gems to ever be discovered. It was considered a holy stone by ancient cultures and often adorns royal figures and leaders. Most notably, King Tut’s burial mask was jeweled in turquoise.

Turquoise has a rich history. It is called the stone of Shamans and is believed to blend Earth and Heaven.  It is believed to be one of the earliest stones used in jewelry dating back to the Pharaohs of early Egypt. In Iran, Turquoise is the national gemstone. The Aztecs believed it was sacred and made adornments and masks with it for ceremonial purposes.

In the United States, Native Americans used turquoise to made magnificent jewelry and ornamental pieces. They also believed it was a magical stone providing protection. It has a long history of protecting horses and riders on long journeys. Turquoise induces good health, higher consciousness, kindness, trust, and wisdom to the wearer, along with good fortune and success. Take care when wearing This stone is very delicate. It i soft, porous, opaque stone can easily discolor, break, or scratch.

Blue Zircon is another December birthstone. It is one of the oldest natural mineral on earth, dating back 4.4 billion years. Did you know that the Zircon is found in the crust of the earth? It is also one of the twelve gemstones set in the foundation of Jerusalem’s city walls. The largest location for Blue Zircon is Cambodia. This stone symbolizes healing.  It helps to promote common sense, to overcome losses, and to help mental disturbances for the wearer.

Tanzanite did not become a December birthstone until 2002, despite being found in the late 1960’s. The stone is said to have formed with the first eruption of Mount Kilimanjaro. More than 500 million years later, the first sample of Tanzanite was found. Tanzanite was discovered in 1967 by Maasai herders around Arusha Tanzania.  In 1968, Tiffany and Co gave the stone its name, after they became the primary distributor. It is named after its country of origin and the only place it is found.  Tanzanite enhances communication, psychic abilities, and personal powers. Tanzanite symbolizes honor, prosperity, and wisdom. Tanzanite is not durable and the wearer should take special care when wearing this gemstone.