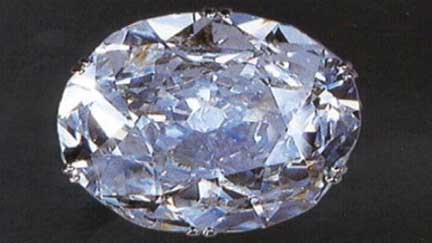 Diamonds have been around for centuries. Did you know that the ancient Hindus believed diamonds were created by bolts of lightning? Diamond, the most prized gemstone, is April’s Natal Stone.

Diamonds first became a popular gem in India.  The Imperial Colony and moghuls mined for them along three major rivers. One of the most famous diamonds is the Koh-I-Noor, called “Mountain of Light”. It is believed to be 5000 years old. It was originally owned by Rajah of Malwa. The Koh- I- Noor was in possession of the mogul dynasty from 1526 – 1739.  It was then owned by Shad Jehan who built the Taj Mahal. Nadir Shad owned it briefly till 1747. It was eventually surrendered to Ranjit Singh. After his death, it came under British rule. In 1841 the diamond was presented to Queen Victoria, who had it cut from 187 carats to 108 carats.  She believed it would enhance it’s beauty. After her death, the diamond became a part of the British Crown Jewels. It was wore in Queen Elizabeth’s crown at her 1937 coronation.

A diamond is a carbon crystal, which is an ultimate form of symmetry. The stone is 58 times harder than anything else in nature. There are many colors of diamonds: blue, black, pink, red, and yellow. They are also colourless, transparent, translucent, and opaque. Since fancy colored diamonds are desirable, the color  is sometimes introduced in  labs.  These are called “color treated diamonds “.  The more saturated the color, the higher the value of these gems.

The diamond symbolizes enduring love, and is most favoured for engagement rings. Look for the  4C’S of Diamond quality when shopping for these gems. They are: color, clarity, cut, and carat weight.

The Diamond is attuned to Archangel Raziel bringing Clarity, Commitment, enhances Love, Prosperity, and Spirituality to the wearer.