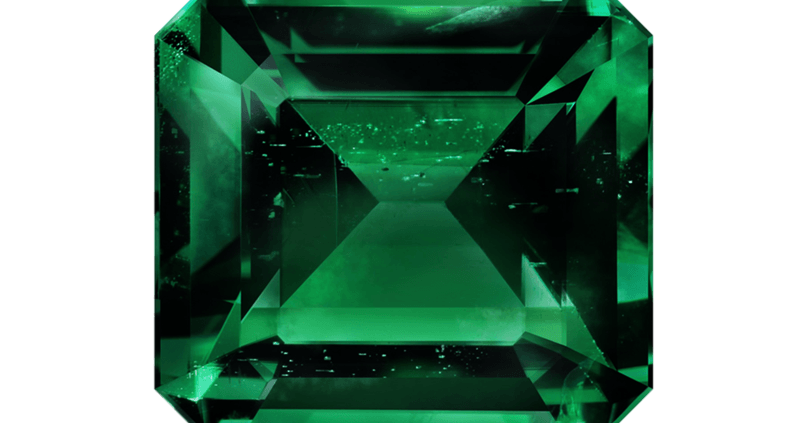 The word Emerald is indirectly derived from the Greek word “Smaragdos” which means several kinds of green stones. The story of the green gem has fascinated many cultures for more than six thousand years! The Greeks believed it was a stone of divine intuition. It comes in all shades of green from light to dark. Babylonian and Egyptian royalty wore the green gem. It was said to be one of Cleopatra’s favorites. She sought to achieve beauty and eternal youth through the reflection of the emerald on her skin, which came from the Red Sea Mines.

Over the years, the Emerald has been a powerful stone in different ways to many people. In the Islamic faith, an emerald amulet might be engraved with a verse from the Koran. The Egyptians believed the gem stood for rebirth and fertility. Emerald was also known as the “Protection Stone of Travelers”. The stone dates back to 1300 BC, with tools from Rameses 11 reign found in Egyptian Emerald mines. In addition, the Emerald has been associated with Mercury the messanger of Gods and God of Travel. This green gem has many beliefs that will bring goodness into one’s life.

One famous  emerald artifact is the “Crown of Andes”. The crown is set with 450 emeralds and weighs 10 ounces (1523 carats). The last Inca king of Peru, Atahualpa, wore the emerald crown.

Around 1830, Emeralds were found in the Ural Mountains of Russia, which produced the highest and largest quality of Emeralds. They are also found around the world in Austria, Australia, Brazil, India, Madagascar, Pakistan and Zambia. North Carolina has been known in the United States for their emeralds. This green gem is May’s Natal Stone, perhaps bringing luck to those who wear it.

Care of Emeralds
Never leave an emerald ring on while washing dishes. Emeralds will attract grease and soap! Clean using room temperature running water and a soft toothbrush. With Woolite, brush repeatedly on the underside of the emerald to remove accumulation of dirt and grease. Rinse with warm water and pat dry. Do not use Emeralds in ultrasonic cleaner, steam cleaners or acetone and never expose to high heat.

The Emerald is attuned to Archangels Haniel ,Jophiel, Raquel, and Raphael bringing the wearer deepen consciousness and spirituality and symbolises Hope and Development.
Happy Birthday to all of my May Babies: Doreen, Dickey, Tanya, Mimi, Pat, Zoila, and Louis.

Where do rubies come from?
Scroll to top