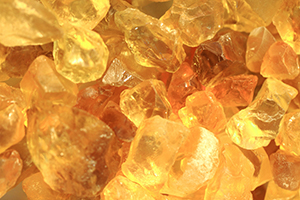 Are you are choosing a birthstone for a November birthday? You have two birthstones to choose from: the Citrine or the Topaz.  They look very similar, but are unrelated minerals. However, people throughout history believed they both carried the same powers of calmness, prosperity, and healing.

The Citrine became very popular between World War 1 and 2, also known as the Art Deco period. During this time Citrine was made into elaborate and massive Art Deco pieces of jewelry for Hollywood ‘s elite such as Joan Crawford, Greta Garbo and others.

The gemstone is also known as the “Merchant Stone”.  Place a cluster or piece of citrine in your cash box to assist in acquiring and maintaining wealth.

It is one of only two stones on earth that does not hold or accumulate negativity. NEVER place in sunlight as it will fade and change into a lighter color. It’s very heat sensitive.

The Citrine is attuned to Archangels Ariel, Gabriel, and Uriel bringing self esteem and attracts abundance.

The other birthstone for November, Topaz, is the more popular natal stone. Topaz is a well-known mineral, occurring in large and beautifully shaped and colored crystals. It is a symbol of friendship, love, and affection. The word Topaz is derived from Topazos, the arabica word which means “found”, or Tapas which means “Fire” in Indian. In the Bible, Topaz is known as one of the protective stones of New Jerusalem.

Topaz comes in a wide variety of colors: colorless, blue, brown, green, orange, pink, red, and yellow. The most valuable color of Topaz is the golden orange-yellow, or Imperial Topaz. The golden topaz, which is November ‘s birthstone, can be used to attract friends or business.  It’s also known as the stone of “True Love”.

England’s Royal Crown is set with nearly five hundred topazes which were mined in the” Ore Mountains in Central Europe. In 1969, Topaz became Utah’s state gemstone.

The Topaz is attuned to Archangel Michael bringing success in all endeavors and attracting wealth to the wearer.

Happy Birthday to all of my November babies: My Beloved Johnny Boy, Isabel, Marisol, Trisha, and John.

How to Choose a December Birthstone
Scroll to top